Emergency Radio Communication for when the SHTF!

Some people claim that due to the reliability of cellular networks, two way radio communication has become somewhat obsolete and is no longer useful even in a dire emergency!

If you’ve ever visited an area ravaged by an earthquake or hurricane, then you know that nothing could be further from the truth. As good as cell coverage is nowadays it doesn’t take much to disable it, or at the very least severely disrupt it. When networks are still up and running authorities often advise people  not to make calls or to stop sending SMS messages even if they’re lucky enough to get a signal, since the lines can get extremely busy real fast.

Even land-line telephones can suffer from this sort of problem, but with infrastructure being poor in many areas it can be hard to find one anyway, even harder since numbers have been reduced because everyone now has a cell phone!

Nevertheless, even the most primitive 11-meter Citizens Band (CB) radio running off a repurposed battery can work flawlessly in this sort of situation.

Being able to receive broadcasts is important too, especially when it comes to weather reports and information about relief operations.

If you’re looking for a way to stay in touch when the SHTF you have a number of options to choose from, each offering something different, range and power being the most noticeable. 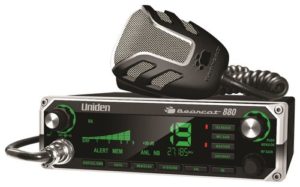 Over-the-road truckers and people who work on large farms are among the largest users of CB radios, but since there’s no license needed to transmit anyone can use them.

All radios made for sale in the United States since 1977 offer 40 channels. This means you shouldn’t have to worry about finding a clear channel to communicate on even when things get pretty hairy.

CB technology is very widespread and as such can be obtained relatively easily, so official EmComm organizations will often turn to it before other services.

Since it’s based in the 11-meter band, you’ll have to deal with a bit of static and some larger antennas. In exchange, though, you’ll be able to talk with people for many miles around regardless of conditions.

Look for units that offer both SSB and AM modes to increase your range even further. 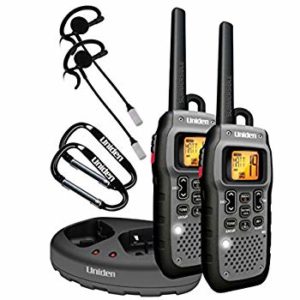 The services are very similar, and the two way radios designed to work with either service usually come with some form of sub-audible squelch system to cut out transmissions from other parties. This is particularly useful when several damage control teams are working to clean up after a disaster.

While GMRS operators have to hold a license, there isn’t any examination required to do so. Members of your immediate family can share your license privileges and use GMRS equipment without getting certified themselves.

You might want to keep equipment tuned for either service around at all times since it can provide relatively static-free operation at a moment’s notice.

GMRS rigs put out up to five watts of power while FRS ones are restricted to 500-milliwatts at most. This gives GMRS equipment a much better range although when either is compared to a CB or a Ham radio their range will seem somewhat limited, especially when used in urban locations.

Even though they are limited in range, FRS and GMRS two way radios are ideal for most preppers as they are an affordable entry point into the world of EMCOMM.

Not only are they are affordable, but they are also extremely easy to use, which makes them perfect for younger and elderly members of the family.

There are hundreds of two-way radios available which can make things pretty confusing when looking for a good radio. Luckily, we’ve got you covered and our guide to selecting the best long range two way radios will definitely help you make a more informed decision.

If you’re in an area with navigable waterways, then you might want to invest in a VHF ship-to-shore radio. While a license is required to transmit on any of the maritime mobile bands, all US citizens are permitted to listen without holding any kind of certificate. While some channels are designated free for passing general messages, some are solely used to transmit pertinent information and distress signals.

Even if you live in an inland area away from rivers and lakes, you should still consider investing in a solid scanner that can receive signals from land-based mobile first responders. You may be able to receive reports from police, fire and medical services, before they become available to the general public. 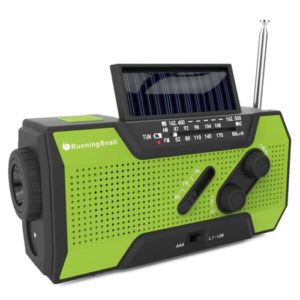 Federal authorities operate a series of transmitting stations under the auspices of National Oceanic and Atmospheric Administration (NOAA), and these stations provide broadcasts featuring local weather reports that are much more up-to-date than those delivered through nearly any other means. With nearly 430 stations spread out over the 50 states plus most of the country’s insular areas, the odds are that you’re located close to at least one of these. Over 95 percent of the population is.

NOAA broadcasts are commercial-free and operate continuously. Weather stations might also carry special instructions about situations unrelated to forecasts if there’s a serious geological or industrial disaster in their service area. If you don’t already have one, then look for a radio with onboard Specific Area Message Encoding (SAME) technology.

Hand crank emergency weather radios are your best choice because you are not then reliant on an external power source for your up to the minute weather updates.

Pushing the SAME button will give you the option of plugging in your local geographical region so you only hear important alerts regarding your immediate area. You can then leave the radio on in the background without getting interrupted all the time. 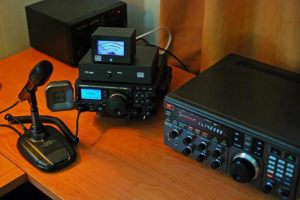 A large chunk of the electromagnetic spectrum was carved out for amateur radio operators, and some of the most preeminent EmComm services in the country use them as their primary communication method for staying in touch even when other options are available.

Radio amateurs, are required to pass one of three written exams to prove their technical acumen, but the FCC no longer requires them to learn Morse.

Study materials are available online, and there are testing locations scattered throughout the country if you’re interested in getting your certificate.

Ham radio operators, as they’re sometimes called, have assembled a network of land-based repeater stations as well as orbital satellites that can provide static-free communication over a large area.

You’d only need a small VHF or UHF handheld ham radio to take advantage of this network and frequencies are published in directories to make using it even easier.

Ham Radio is a huge topic, far too big to cover even partially in this short introductory article to emergency radio communication. However, if you would like to learn more about the requirements for the use of ham radio in emergency situations then check out our excellent ham radio guide for preppers and survivalists it provides all the information you will need to get started. 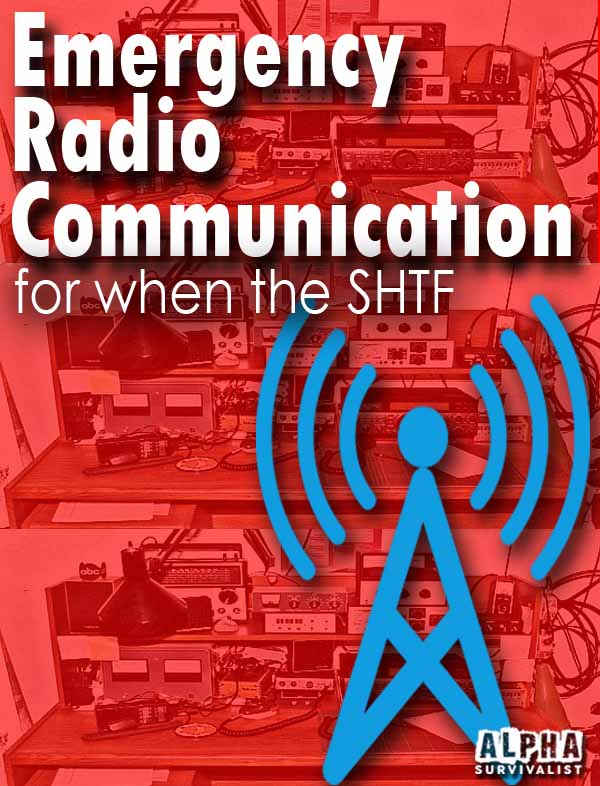 Each of the above communication methods certainly merit a place on any preppers emergency gear list however, it’s not too hard to pick out one that should be prioritized over the others.

Ham radio is certainly the most versatile, offering the greatest range and power but it is also the most expensive and the most technical to use.

FRS/GMRS is easily the most affordable and is very easy to use, but is also extremely limited on range.

Citizens Band is somewhere inbetween the two so would seem best suited but every emergency situation is different.

If you need a radio for communication between family members who are in or around the same area and the objective is to get them all together as quickly as possible then an affordable set of FRS/GMRS consumer two way radios is the ticket.

Anything further afield then a CB would probably be better suited.

However, if you are talking considerable distances and you want a radio that does it all then Ham radio is definitely the way to go.

Having said that, we at Alpha Survivalist believe in covering all the bases so we would definitely go with ham radio but we would also add a hand crank emergency weather radio to that which requires no external power source unlike everything else covered in this post and will at least provide you with weather and situation updates when you have no power for your radios.

← Prev: Which are the Best Long Range Two Way Radios? Next: How to Purify Water – Making Water Safe to Drink →