Most preppers and survivalists will strive towards being as self-sufficient as possible in readiness for times of crisis and nothing epitomizes self-sufficiency more than having the ability to generate your own power.

This is especially true if using fuelless generators

instead of a standard gasoline or diesel run generator, a true survivalist generator if you like.

We’re confident that if you were to ask any other prepper or homesteader about the benefits of having a fuel less generator they would universally agree that being able to create your own electricity is an undeniable game changer. Even more so when planning for long term self sufficiency.

Why is Having Electricity So Important? 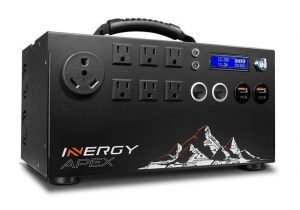 It is only during emergencies that a sudden realization about the extent to which we rely upon electrical power hits home.

The power grid only needs to go down for a few hours and those people who havn’t made preparations for just such an eventuality will very quickly be thrown into a state of turmoil.

We would fully expect most of our readers to already have such preparations and planning in place, ready to deal with a complete shutdown of the power grid should it happen, and these preps should be at least enough to comfortably survive a week or two without power.

However, if you haven’t yet taken those steps toward making those preparations may we suggest checking out another post of ours: “How to Survive in an Urban Environment When the SHTF!“, it covers a lot more than just being ready for a power outage but everything you need to know is in there.

When the power goes off we can lose pretty much everything; our water supply, sanitation, lighting, refridgeration, heating, communications, etc. Basically everything we use or depend upon on a daily basis will require some degree of electricity to function.

Some of you who are reading this post may be saying, ‘yeah, but I’ve got a gas supply’ or ‘oil heating’! Which is great but how do you think gas is pumped to your home, or the heating oil around your house?

Unfortunately, in the vast majority of cases, your gas and oil systems are dependent upon electricity to function fully.

There is no escaping the fact that without electricity the world as we know it would eventually grind to a halt!

The benefits of having a Gasless Generator

Generators powered by gasoline or diesel have been around for a long, long time. They have been proven to be invaluable in many an emergency situation time after time, as we’re sure many of our readers can back up.

What happens when there is no more fuel?

Sure you can always create a stockpile but in the event that the world as we know it has ceased to be, it won’t be long before your stockpile goes the same way, and there would be no possible way to replenish it.

Creating a massive stockpile of fuel won’t help either as fuel won’t stay good indefinitely. We need an alternative.

Fuel-less generators are in fact solar powered generators that harness the power generated by the sun.

When an efficient generator is used in conjunction with high quality solar panels the potential power yield is excellent and costs you nothing.

You can even move a solar generator indoors as they can easily be connected via cabelling to solar panels which have been set up outdoors.

There are other benefits too.

Unlike fuel powered generators there are no loud engine noises to tolerate or that would attract unwanted attention when the generator is operational, which would be pretty much all the time.

Nor is there any danger of suffering carbon monoxide poisoning or any other health related issues arising from inhaling the resulting fumes created by burning fuel. There are no emissions from a fuelless generator.

In short, a fuel less generator can be an outdoor or indoor generator that is efficient, quiet, safe, portable, healthy, and green, providing an indefinite supply of electrical power long after the fuel powered generators have ran out of fuel and gone quiet!

Whether you are looking for a portable generator simply for emergencies or camping trips, or a long term power generation solution for self sufficient homesteading, you need to check out solar powered fuelless generators.

← Prev: Best Folding Knife for Self Defense Next: Best Diesel Generator for Home Use →