Potable Water for Survival – Where to Find Emergency Drinking Water in your City! 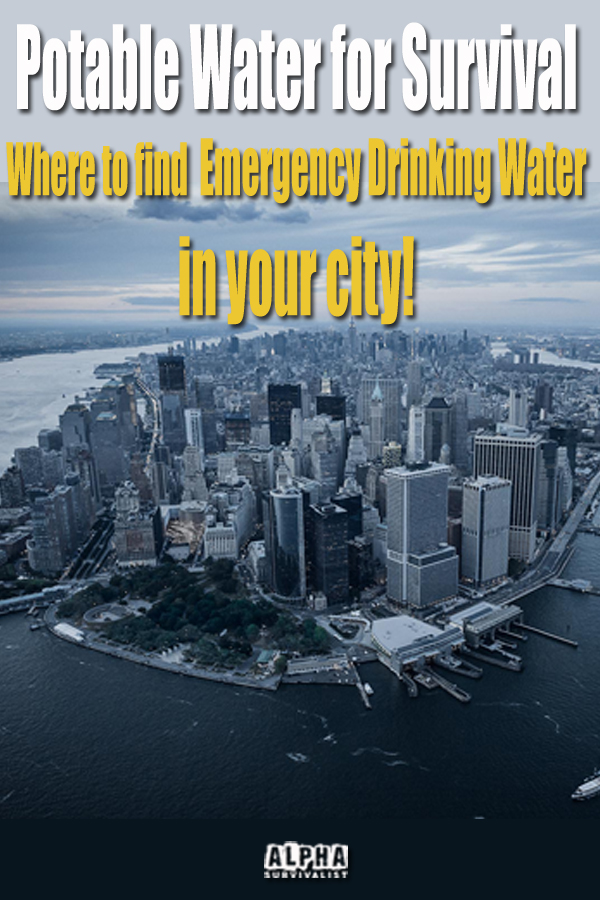 Clean drinking water is something that many people take for granted nowadays which is an extremely worrying trend. It’s an indisputable fact that without water we would be lucky to survive beyond a week.

Without clean drinking water, a death from dehydration, or from disease caused by drinking contaminated water, will be the most probable outcome.  To make matters worse, if you’re situated in a hot climate and your exertion levels are high you can forget about lasting a week; you’ll be lucky to make it beyond THREE days!

Not a pleasant thought is it? Yet the daily fight for clean drinking water is one that many people around the world face.

When you consider that 71% of the world’s surface area is water; it’s pretty hard to get your head around the fact that thousands of men, women, and children, die daily from a lack of clean drinking water.

It is true however; as I’m sure you’re aware, the vast majority of people who die from thirst or from water borne diseases live in under-developed countries. Countries without adequate resources and poor infrastructure, but that isn’t to say that the lack of clean drinking water is a problem you will never have to contend with!

There have been numerous cases when natural disasters or wars have caused localized water shortages or contamination in developed countries and they happen all too frequently.

More often than not it is those who live in highly populated environments, cities and towns, who are most at risk of having a major problem with their water supply. So, if you are in the 63% of Americans who can be classed as ‘urbanites’ then this article should be of particular interest to you!

Obviously, the best way to counter any breakdown in your clean water supply is to make sure you have safely stored enough water to see you through any crisis, which is why water storage is almost always one of the first things that any prepper or survivalist will look to tick off their emergency list.

Once you have taken care of your water storage, you then need to look at methods of water filtration and purification. Your stash of water will not last forever and may even be inaccessible from the start of the crisis, so you will need to know how to purify water and use survival water filter methods so you can drink any water you find safely.

Although we cannot stress enough the importance of having water stored safely away for any emergency situation, this article will work within the following scenario.

It’s not important why your water supply has stopped flowing, it could one of a whole number of reasons, but it has stopped.

What will you do? Where will you now find water? And, when you find it, how will you make sure it is safe to drink? 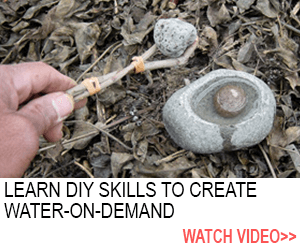 It’s hard to say for certain where any of us will be when we are faced with the task of trying to find water in order to survive. Though, you would be right to suspect that the vast majority of us would be at home or at least very close to home, when an emergency arises.

You’re at home and your water supply has now been off for a couple of days, your water pipes are dry. Any water you had around the place has been used up and you’re starting to feel thirsty.

You have no option but to venture out in into the city to find some water, but where should you go?

Here are a few ideas –


That is nine sources of water that you could possibly get water from, there may well be other sources of water near you that we haven’t covered above. Try to think outside the box and remember to get every piece of information you possibly can logged on your water map.

Now for a few pointers on how to look after your water once you’ve found it.

Notes on Storage, Collection, and Purification of Water 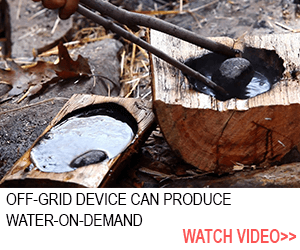 Even the most thorough prepper can be caught out on occasions, especially when a disaster strikes a city without warning. However, the chances of being caught out can be minimized.

By having both a good volume of emergency drinking water in storage, and a detailed knowledge of all the places in your city where you can find water, you would certainly be in a much better position to survive that most.

Collecting your water from sources that wouldn’t normally be used for drinking water definitely comes with risks, but with the right equipment, and the knowledge of how to safely purify, filter, and store water correctly you will be in a great position.

← Prev: Choosing the Best Water Purification Tablets – Everything You Need to Know! Next: How to Find Water in the Desert →