The Best Ham Radio for Your Car 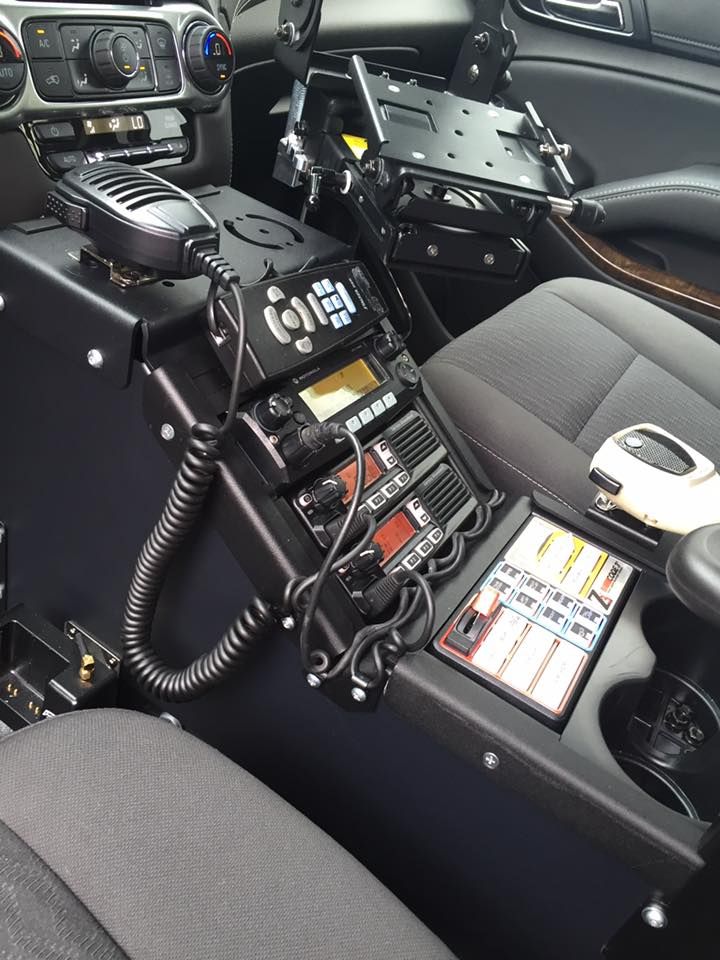 Best Ham Radio for Car – Imagine being in the worst emergency you could think of and hearing nothing but static. That’s a very real possibility for anyone using a cut-rate ham radio!

Finding the best ham radio for your car can be a seemingly impossible task because it’s hard to separate decent rigs from all the junk on the market.

Don’t fear, though, because we’ve got a few ways to make your journey so much easier.

Mobile radios, better known as rigs or transceivers to full-time hams, come in several different form factors. While this might be the least techie part of selecting a radio, you do want something that fits.

Take a few minutes to measure the free space in your car. You’ll also want to think about how much weight a mounting bracket inside the driver’s compartment could theoretically handle.

Some newer vehicles come with loaded instrument panels that leave very little room to install anything else. Take a few minutes to measure the space you have left in your car for accessories.

If you’re dealing with some cramped quarters, then you’ll want to look into mobile rigs that have a detachable faceplate. In some cases, this can be located some ways away from the radio itself, which can be put under a seat or anywhere else that’s convenient.

These are a good idea from a safety standpoint too because you can take off the faceplate when you’re parked, which cuts down on the risk of some drifter seeing an expensive piece of equipment sitting next to your steering wheel.

Once you’ve got the size down, you’ll be able to address features.

Things to Look for in a Ham Radio for Car

FM voice is the number one feature to look for in any mobile ham radio. While it uses the same technology that you’d find in a car stereo, this is a two-way mode rather than a broadcast one.

A good narrowband FM radio will give you a decent range, especially if it works with repeater stations. Ham radio clubs have set up distant stations on the tops of hills and buildings, which repeat all the signals they hear.

If your radio is configured to work with these stations, then you’ll be able to talk over an even wider range. Ideally, you’ll want a rig that features a standard antenna jack and a 50Ω impedance output so you can hook a variety of antennas to it.

Look for the terms PL-259, SO-239, or BNC in the listing. These might have some pretty out-there names, but they’re the types of connectors that are most common in the ham world.

You may have heard about hams who connect a computer or other smart device to their radios by way of something called a terminal node controller. These TNC modules let them pass messages back and forth and may even help track moving objects over GPS.

Rather than try to find a radio that makes it easy to hook accessories into it, see if you can find something in your price range that includes a built-in TNC. You’re not going to want to mess around with configuration options while you’re moving down the highway.

While you can still operate a mobile rig after you’ve stopped your vehicle, you might want to pick out something that could also be converted into a base station. In an emergency, you may want to operate from inside of a building or on foot even, and a rig that could just as easily be used as a ham radio base station or a handheld ham radio may fit the bill.

A well-made car transceiver can be removed from a motor vehicle and connected to an external power supply, which can run off of either a 110V wall adapter or power from a generator. True survivalist types have developed ways of connecting their radios to solar panels and the like, but you need to have a radio that’s easy to move if you want to ever take it out.

What are the Advantages of a Mobile Ham Radio Over a Base?

Considering that you could theoretically swap out your base and mobile rigs, you might be thinking that there’s not much of a difference between them. If you have to pick between the two, then go with a mobile one.

A base rig isn’t the best ham radio for vehicles, however, due to how much power it may end up drawing. Well-built mobile radios aren’t going to draw more than your alternator can produce, however.

Many base radios feature support for so-called HF bands, which include all of those from 160-10 meters. While many hardcore amateur radio operators consider these to be the purest and even legitimate groups of frequencies that hams can yap on.

However, HF antennas tend to be much larger than VHF/UHF ones and you often need more power to be heard on them, which makes base radios pretty impractical in a vehicle. If a long-time ham tells you that you need to be on HF to truly enjoy the hobby, then they might or might not have a point.

The fact remains that VHF/UHF rigs will usually be better for communications in an emergency.

How to Program a Mobile Ham Radio

The best ham radio for vehicles should be easy to program. You shouldn’t have any difficulty keying in frequencies or putting in repeater pairs.

On most radios, all you should have to do is set the desired frequency by typing it in with a keypad. Some models will require you to rotate a dial, even if they feature a fully digital display.

Once you have it set, you can store the frequency to a memory channel by holding down a single control. If you’re looking at a mobile ham radio that requires you to go through a more complex process, then you probably don’t want it.

Think about what it might feel like to try and fumble with a complicated set of controls while you’re stopped at a red light. It probably doesn’t sound like much fun to you.

Certain repeaters will require either digital access or a PL tone to work with them. Make sure that you get a radio that supports whatever standard is used by the ham clubs in your area.

More than likely, information about local repeater frequencies is published online. Once you know what kind of code to use, you can key it, in the same way, you key frequencies into your radio.

Some ham rigs, especially those designed for use in big trucks, have what’s known as a DTMF pad on the back of the microphone. This looks like an old-fashioned telephone keypad because it essentially is.

Some repeater systems use these codes to ensure access to priority radio traffic in serious emergencies. Others use them to allow hams to actually place phone calls over the air.

While this might not sound very impressive in today’s world of always-on 5G cellular connectivity, it’s something to think about because all it takes to bring down cell towers is a simple power surge.

Some radios, especially those that use the 23cm 900MHz band, actually allow you to program them with a piece of software you run on a PC. You may have to connect your radio with an auxiliary cable to do this.

If that’s the case, then make sure the radio in question comes with a programming cord. They can be hard to find afterward!

Others might allow you to create a list of frequencies on SD cards and insert these into the radio’s housing. If you get one of these rigs, then you may have to carefully format your SD card to get the radio to recognize it.

Once you do, however, you shouldn’t have any further issues.

Several new products have recently come on the market, but newer doesn’t always mean better. Some of the best transceivers we’ve found have stayed in production for a few years now because they’re so well-liked by hams. 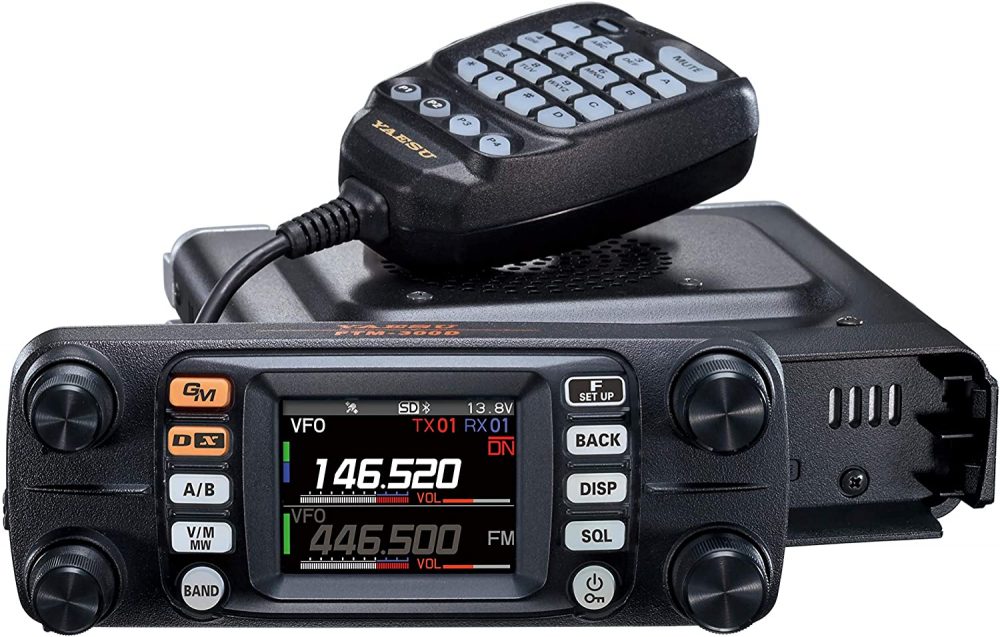 A recent re-imagining of Yaesu’s long-running FTM series, this mobile rig is a dual-band VHF/UHF model that’s ideal for recent Technicians as well as serious repeater users. With a power supply, it shouldn’t be difficult to use it as a base rig.

While BTECH and its parent Baofeng may not be one of the traditional old-school ham radio companies, their rigs have become very popular in the last few years. That means you can find quite a few aftermarket accessories that should work well with the UV-50X2 and other similar rigs.

If you want the equivalent of an entire shack in one unit, the Kenwood TM-D710G is among the best options in its price range. While it might be deemed a bit more expensive than some, it comes with many features built right in so you won’t have to buy as much equipment to get going. 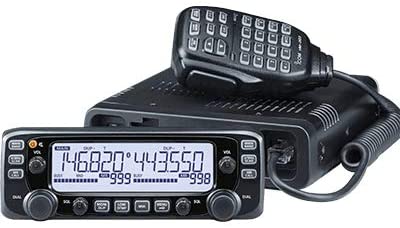 While ICOM’s mobile offering costs more than many budget radios, its mix of features and lightweight make it one of the best options for those who want a well-rounded product. A detachable display and a solid mic connector set it apart from the rest. 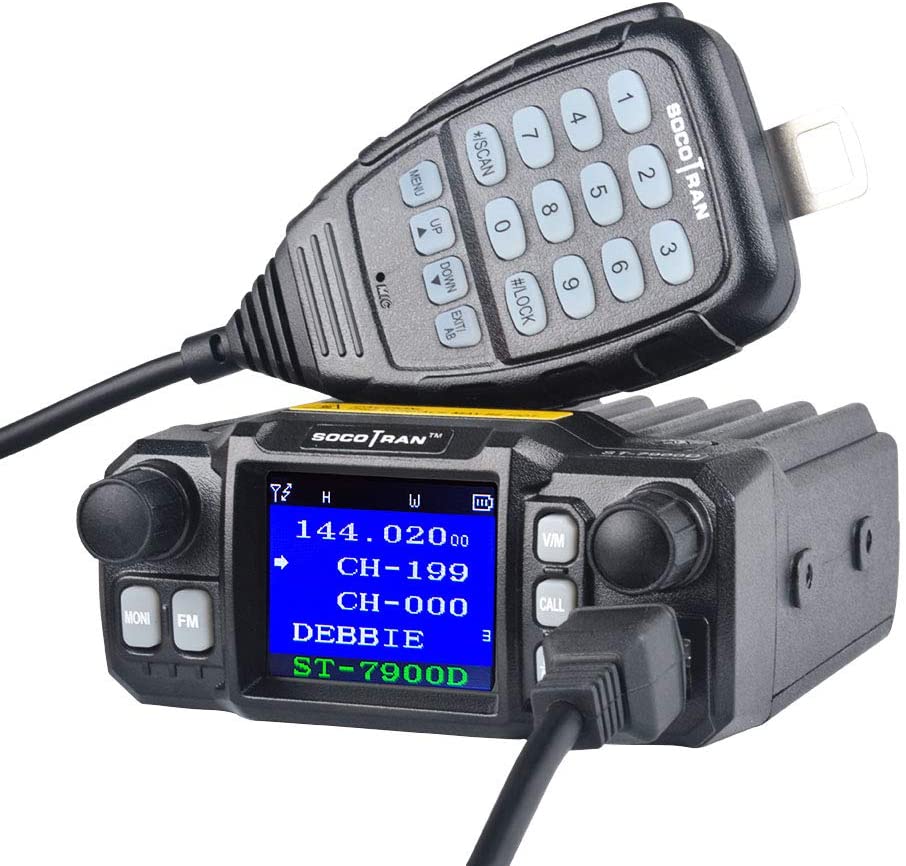 Easily one of the best budget models on the market today, the ST-7900D is a surprisingly simple radio that still has 200 different memory channels. It’s a great choice for beginners.

While the Kenwood TM-D710G isn’t the newest rig on the list and it could give you sticker shock, it’s got the best feature set and will work well in the widest variety of use cases. The onboard TNC makes it perfect for those who love digital modes even when they’re on the road, but it’s also a perfect option for anyone who just likes to use traditional FM voice. It works with a variety of antennas and comes with a standard jack, so you can easily transfer it between different vehicles. Perhaps best of all, the TM series rigs will easily serve as a base station if nothing else is around.

Rather than invest in a whole shelf’s worth of ham equipment, you can grab one TM-D710G and be decently covered on both VHF and UHF whether you’re interested in emergency communications or everything that the hobby has to offer. Any time spent learning all of its inner workings will certainly be time well spent.